‘Tis the season for giving and the holiday season brings out more people volunteering and donating. Buzz60’s Mercer Morrison has the story.
Buzz60 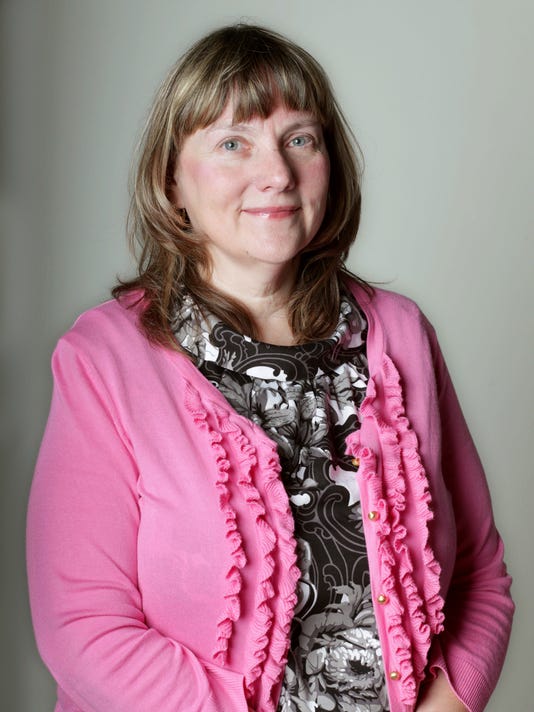 In years past, nearly one-third of all annual donations were made in the month of December, as people made their charitable gifts before the deadline for tax deductions.

Yet this year, if you’re more focused on getting back in the form of a tax break come April, you may want to think twice about how many year-end checks you write to charity.

Will you or won’t you be able to take a tax deduction for charitable contributions on your 2018 tax return?

The tax rules for 2018 will be vastly different than they were last tax season, thanks to the Tax Cuts and Jobs Act of 2017.

Earlier: Susan Tompor: The gift your children will thank you for later

Some taxpayers will no longer be itemizing deductions beginning on their 2018 federal tax returns because of a higher standard deduction and other significant changes tax rules, including new limits on deducting state and local income taxes and property taxes.

About 46.5 million tax returns itemized deductions for 2017. It’s estimated that the number will drop to 18 million for 2018 returns — or about a bit more than 10 percent of individual returns, according to the Joint Committee on Taxation.

So do you need to really make a donation by Dec. 31? Or can you wait until January? Or even February?

The standard deduction on 2018 returns is $12,000 for individuals, $18,000 for heads of household and $24,000 for married couples filing jointly and surviving spouses. Those amounts are nearly double what they were in 2017.

“My philosophical advice is give to charity if you want to give to charity,” said Leon LaBrecque, managing partner and CEO, LJPR Financial Advisors in Troy, Michigan.

“And don’t worry about the write-off.”

After all, many people give to animal shelters, food banks, their alma mater and religious organizations because they’re genuinely grateful and want to help others do good.

But some people try to plan their giving to maximize their tax breaks. If so, you need to take into account the new standard deductions, as well as other changes.

Under the new rules, for example, employees will no longer be able to itemize their unreimbursed business expenses beginning on 2018 tax returns. Most taxpayers — with the exception of members of the military on active duty who move pursuant to a military order — won’t be able to deduct qualifying moving expenses related to a job.

Medical expenses are deductible but only if those expenses exceed 7.5 percent of your adjusted gross income in 2018. (On the 2019 return, the threshold jumps to 10 percent.)

The deduction for state and local income taxes, property taxes, personal property taxes (including license tabs on cars in Michigan) is limited to up to $10,000 for every filing status except married filing separately, which is $5,000.

Such changes, LaBrecque noted, can make it harder to simply look at your old deductions and think you’d easily hit that threshold to itemize again on the 2018 return.

Many people may still want to keep their receipts and proof of deductions because it is hard to simply guess whether you’d still itemize or you won’t.

“You still have to do all the same things you used to do,” said Kathy Pickering, vice president of regulatory affairs and executive director for the H&R Block Tax Institute.

“A lot of taxpayers will have this expectation that tax filing will be so simple and easy, they won’t have to worry about it,” Pickering said.

But that’s not necessarily the case, she said.

Taxpayers who carefully review their situation with their tax preparer may be able to tap into a few different strategies, depending on their situation. They include:

Bunching deductions in a given year

One strategy is called “bunching” — where you pull contributions into one year in order to be able to itemize deductions. LaBrecque noted that such a strategy can work if you’re near the standard deduction limit and want to add more charitable contributions in a given year to enable you to itemize.

If you’re well under the standard deduction, he said, you’re not going to be able to deduct donations to a charity short of a very large donation in a given year. But that has always been true and many people still make charitable contributions anyway.

Another change on 2018 returns: Individuals can take a deduction for charitable cash donations that amount to up to 60 percent of their income, up from an earlier limit of 50 percent. So individuals who donate a sizable portion of their income to charitable organizations will be able to take a larger deduction.

If you have a significant amount of money to donate, you can make a lump-sum contribution into what’s called a donor-advised fund.

Many people haven’t heard of such programs but total assets in donor-advised funds hit about $110 billion at the end of 2017. And experts say they’re being used by more than just ultra, high-net worth individuals.

The overhaul in the tax rules could make such plans more popular among people who want to use some of their money to make a difference in the lives of others.

From a tax standpoint, the lump-sum approach can be used to help push you above the new higher amount for a standard deduction in a given year.

More: Susan Tompor: You might need to plan for a smaller tax refund in 2019

Donor-advised funds can be opened at a community foundation, such as the Community Foundation for Southeast Michigan, or through an arm of financial service firms.

The money is then invested and you’d later recommend grants to qualified public U.S. charities. (The grants out of the donor-advised fund are not tax deductible.) There are administrative fees, as well as investment fees, connected to such accounts.

You’d need at least $5,000 to open a donor-advised fund through some programs, including Fidelity Charitable, TIAA Charitable and Schwab Charitable.

The minimum gift is $10,000 to establish a donor-advised fund within the Community Foundation for Southeast Michigan.

Chris Carnal, president and chief executive officer at TIAA Charitable, said the money or other assets set aside in donor-advised funds is irrevocable and must be used for charitable contributions. You can’t donate gifts to family members, either. There are other limitations on how you use the money. Grant money, for example, cannot be used to buy a table at a fund-raising event.

He noted, though, that as we approach the end of the year, investors want to make sure they understand some deadlines so that contributions can qualify for a 2018 tax deduction.

If you’re electronically transferring money from a bank account, for example, you’d be able to do so by Dec. 26. But earlier deadlines in December would apply to donating stock to the fund.

Bonus for those 70 and a half or older

Taxpayers who are 70 and a half or older generally must take a Required Minimum Distribution from their traditional IRAs and 401(k) plans each year, but not from Roth IRAs.

To ease the tax burden, someone who is age 70 and a half or older can transfer up to $100,000 directly from a retirement account to a qualified charity. By transferring the money to a charity, you’re not driving up your taxable income in a given year as you do when you withdraw money from such retirement accounts for yourself.

No, you cannot use this strategy to boost your deductions. But if you’re not able to itemize anyway, it still provides a way to reduce your tax bill.

Experts note that such a move can help control what percentage of Social Security benefits might be taxed and things like the Medicare surcharge on high-income individuals.

Susan Tompor is the personal finance columnist for the Detroit Free Press. She can be reached at stompor@freepress.com.