The Tax Cut and Jobs Act changed the U.S. tax code in major ways, and 2018 is the first year these changes will go into effect. All taxpayers can expect to see major differences on this year’s tax return from what they’re used to.

Those changes will have a big impact on folks filing their tax returns in 2019, but two changes in the tax law are especially likely to affect retirees. 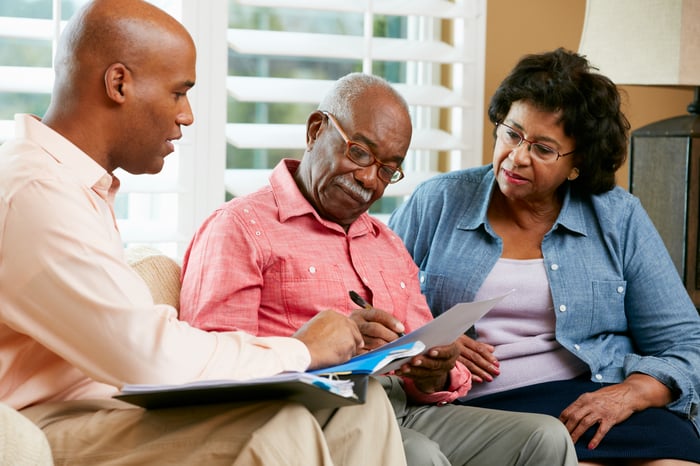 Deductions are amounts taxpayers are allowed to subtract from their taxable income, which reduces the total tax owed, and can even shift the taxpayer into a lower tax bracket so they pay a smaller percentage of their income in tax. Taxable income is measured by AGI (adjusted gross income), which is the total of all your taxable income from all your income sources, including wages, bonuses, and dividends, minus allowed adjustments, such as qualified individual retirement accounts and alimony.

Mortgage interest is deductible on a total principal up to $750,000 (down from $1 million before the Tax Cuts and Jobs Act). The amount of qualified healthcare expenses that exceed 7.5% of your AGI is deductible, an increase from the previous 10% of AGI. Property taxes and state and local taxes (SALT) are only deductible up to $10,000 now. Contributions to qualified charities are deductible. (This is a partial list; Consult with a tax professional for specific deductions and changes.)

But it’s still important to compare the standard deduction with potential itemized deductions, because the increase is not as big a jump as it may seem. The reason? The personal exemption, which was used in the past as long as the taxpayer was not claimed as a dependent, has been eliminated. The personal exemption was often combined with the standard deduction by filers to get a hefty reduction in taxable income.

The new standard deduction is more than the old standard deduction and personal exemption combined, but the hike is effectively about 15% rather than nearly 100%. If you can take the standard deduction, it certainly saves time and some expenses of preparing taxes. But be sure you aren’t short-changing yourself if itemizing deductions would save you on taxes.

One of the biggest changes for some taxpayers is that State and Local Taxes (SALT) has been capped at a combined limit of $10,000. Previously, there was not a maximum on these deductions, which meant property owners could deduct all of their SALT and property taxes.

While the cap will have no effect on many taxpayers, especially in lower-tax states, it may significant impact property owners in states with high property taxes and real estate values, such as California, New York, Texas, and New Jersey. It may result in a significantly smaller deduction than taxpayers have enjoyed in past years.

Will capping SALT lead homeowners in states with high property taxes and steep real estate costs to downsize or move to lower-tax states? It might, although first results are inconclusive. But it’s important for all taxpayers, retirees included, to be aware of this significant difference between 2017 and 2018 tax rules.