WASHINGTON — House Democrats are giving President Donald Trump’s administration a hard deadline of April 23 to turn over Trump’s tax returns, pushing back against Treasury Secretary Steve Mnuchin’s skepticism over their request for the president’s private records.

Neal argues that a 1920s-era law saying the IRS “shall furnish” any tax return requested by Congress “is unambiguous and raises no complicated legal issues” and that the Treasury Department’s objections lack merit.

Asked about the letter Saturday, Mnuchin said he would respond within the new deadline set by Neal, but he did not promise to produce Trump’s tax returns by that time.

Mnuchin took issue with Neal’s characterization of the dispute as a straightforward issue in light of the law governing the matter.

“These are complicated legal issues, and I think it is more important to the American taxpayers that we get this right than we hit an arbitrary deadline,” Mnuchin told reporters. “I would just emphasize this is a decision that has enormous precedence in terms of potentially weaponizing the IRS.” 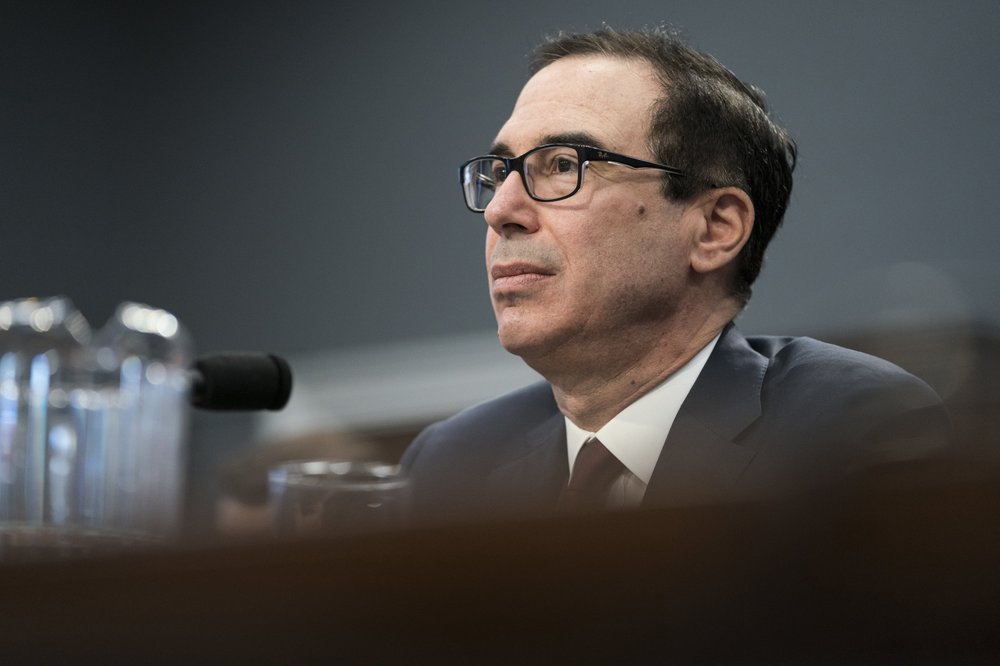 Treasury Secretary Steven Mnuchin testifies before a subcommittee of the House Appropriations Committee about the Treasury Departments 2020 budget request on Capitol Hill in Washington, April 9, 2019.

Mnuchin said Treasury Department lawyers and the Justice Department were studying the lawfulness of the request. While he said that he would follow the law, he made clear that he had serious concerns about protecting the privacy of the tax returns of all taxpayers, including Trump.

“I don’t think these are simple issues,” Mnuchin said. “They are constitutional issues.”

Neal’s letter sets the stage for a further escalation in the conflict between Congress and the White House, as legal experts have suggested that an outright denial of the lawmakers’ request could be followed by subpoenas or a lawsuit in federal court. Mnuchin so far has postponed responding to Democrats’ request and said he would confer with the Justice Department, but he has not yet rejected it.

“Please know that, if you fail to comply, your failure will be interpreted as a denial of my request,” Neal’s letter states.

Mnuchin said Saturday that he thought Neal was picking an arbitrary deadline, and he refused to speculate how the administration would proceed if the issue goes to court.

Earlier this month, Neal wrote to the IRS asking for six years of the president’s personal and business tax returns, which Trump has refused to release. By withholding his tax returns, Trump has broken the precedent followed by presidents since Richard Nixon started the practice in 1969.

During his campaign, Trump said he wanted to release his returns but that, because he was under a routine audit, “I can’t.” And after the November midterm elections, Trump claimed at a news conference that the filings were too complex for people to understand.

No law prevents a taxpayer from releasing returns while under audit, and the IRS automatically audits the returns of all presidents and vice presidents while they are in office.

Neal said it is a committee investigation of that mandatory presidential audit policy that necessitates seeing Trump’s returns.

Neal is relying on a little-known provision in the federal tax code, Section 6103, that dates to a bribery scandal in the 1920s and gives the chairmen of Congress’ tax-writing committees unique powers to request tax information on any filer.

“It is not the proper function of the IRS, Treasury, or Justice to question or second guess the motivations of the committee,” Neal writes in his letter. “Judicial precedent commands that none of the concerns raised can legitimately be used to deny the committee’s request.”

Attorneys under Neal have been carefully crafting their correspondence with the Treasury Department to improve their odds of winning a subsequent court battle. Some legal experts have speculated that Neal may be trying to improve his case by waiting for an outright denial before leveling additional threats. 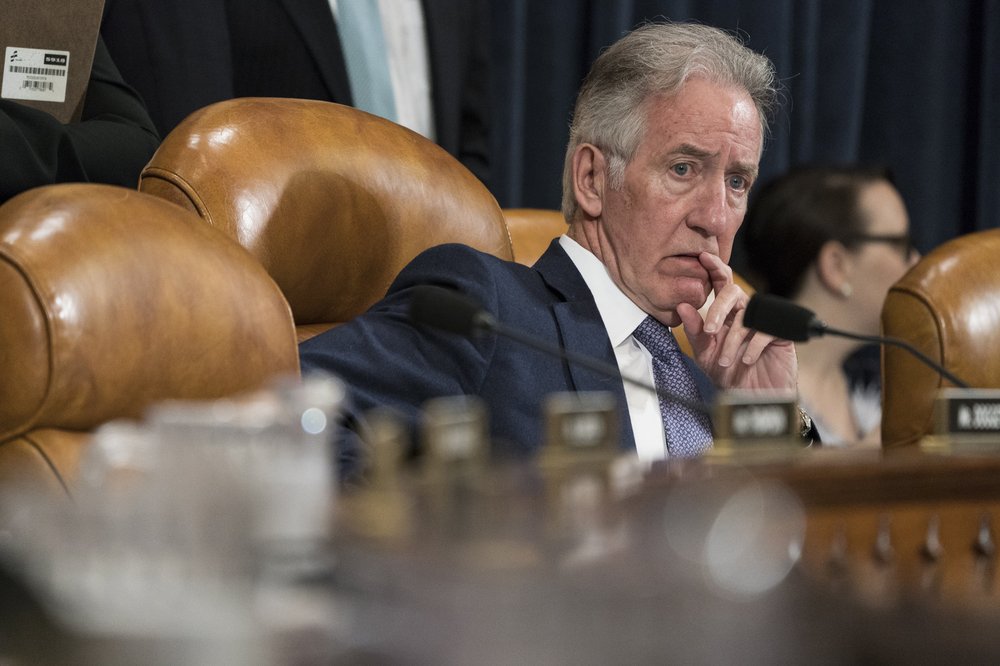 Rep. Richard Neal (D-Mass.), the chairman of the House Ways and Means Committee, during a committee hearing on Capitol Hill in Washington, April 9, 2019.

“At a certain point, it’s obvious there is not going to be something forthcoming, and at that point you take further steps,” George Yin, a University of Virginia law professor who served as chief of staff for the Joint Committee on Taxation, said in an interview last week. “My inclination is it’s not yet.”

House Democrats have also taken steps to open a side door into Trump’s finances. Rep. Elijah Cummings, D-Md., chairman of the House Oversight and Reform Committee, informed Republicans on Friday that he intended to issue a subpoena in the coming days to compel Mazars USA, an accounting company tied to the president, to turn over relevant financial records in its possession.

Republicans balked at the request, calling it an “astonishing abuse” of the committee’s powers. But Cummings said he had the authority to investigate potential wrongdoing by Trump and testimony from one of his former attorneys, Michael Cohen, that the president had intentionally misrepresented his assets and liabilities to suit his needs at a given moment.

“The committee has full authority to investigate whether the president may have engaged in illegal conduct before and during his tenure in office, to determine whether he has undisclosed conflicts of interest that may impair his ability to make impartial policy decisions, to assess whether he is complying with the emoluments clauses of the Constitution, and to review whether he has accurately reported his finances to the Office of Government Ethics and other federal entities,” Cummings wrote, hinting at the broad scope of his investigation.

Information for this article was contributed by Jeff Stein of The Washington Post; by Andrew Taylor and Martin Crutsinger of The Associated Press; and by Nicholas Fandos of The New York Times.