WASHINGTON — The new relief package passed by Congress this week includes a measure that President Donald Trump has long had on his wish list: restoring full tax breaks for restaurant business meals.

But experts say it’s scant immediate help for an industry reeling from the pandemic, while critics deride it as an insensitive “three-Martini lunch” giveaway to business.

The provision, part of the $900 billion covid-19 relief package approved by Congress this week, restores the full deductions prized by business and lobbyists for fine dining and schmoozing. It could help at least the tonier parts of the ravaged restaurant industry.

Trump has attacked the relief package, demanding higher direct payments to Americans that his fellow Republicans had opposed and complaining of “wasteful” spending elsewhere in the legislation. On Wednesday it was unclear whether Trump planned to veto the measure, which would derail long-awaited aid to individuals and businesses unless lawmakers override his action.

At any rate, the reality of social separation and restaurant closures mandated by local governments overshadows corporate tax considerations.

Across the country, about 2 million restaurant workers have lost their jobs in the pandemic, according to government data. If the current pace continues, a full-employment recovery won’t be seen until late next year at the soonest, the National Restaurant Association estimates. Some 110,000 restaurants, or 17%, have closed long-term or permanently, based on a survey of members by the trade group.

The new tax break “is really not the help they need, and it’s adding an insult to an injury,” said Aaron Allen, who heads a restaurant consulting firm based in Chicago. “The airlines clearly have a better lobby in Washington.”

Americans for Tax Fairness said the break “would mostly help high-paid executives enjoying three-martini lunches and the fancy restaurants they frequent. Neighborhood eateries and their millions of laid-off workers … will get little or nothing.”

A more immediate help to restaurants could be the direct cash payments that would go into consumers’ pockets from the government under the emergency package. Whether consumers remain too afraid of the virus to go to restaurants is a looming question.

Many in the industry had pushed for a $120 billion fund to provide grants to independent restaurants. That passed the House in October but didn’t make it into the final relief package.

“People are afraid to dine out, go to an office or eat inside, making these kinds of deductions useless until there is more demand,” said Camilla Marcus, a founding member of the Independent Restaurant Coalition and the owner of west-bourne, a New York City restaurant that closed during the pandemic.

“Restaurants are fighting for our survival and what we need is help paying our bills now so we can put people to work tomorrow,” she said.

The timing of the economic recovery is important. The full tax deductions for business meals are temporary, only for 2021 and 2022 — unless extended by later legislation.

“We’re looking at the business meal deduction as a midterm recovery investment,” said Sean Kennedy, an executive vice president of the National Restaurant Association. “As we start to return to a more ‘normal’ cycle of life, the deduction will help with recovery.”

But the recovery has been halting. About 20 million people in the U.S. are unemployed and nearly 10 million jobs have been permanently erased since the pandemic struck in March.

The president and the Republican lawmakers advocating the restoration of corporate tax deductions say doing so could help shore up the restaurant industry.

It was Trump’s own tax law in 2017, pushed through by the Republican majority in Congress, that sliced the income tax rate for corporations from 35% to 21% but reduced or eliminated those deductions. A rare provision that wasn’t business-friendly, it cut the 100% deduction for business meals by half and eliminated it entirely for most entertainment expenses at venues like sporting and cultural events.

The deductions tend to favor higher-end restaurants, the part of the industry that’s been hardest hit by the pandemic’s economic disruption. That presumably includes the restaurants attached to Trump’s own scores of upscale hotels and golf resorts around the U.S. and the world. By contrast, mass-market eateries and fast food and pizza chains have been more likely to hold things together with takeout and delivery business. 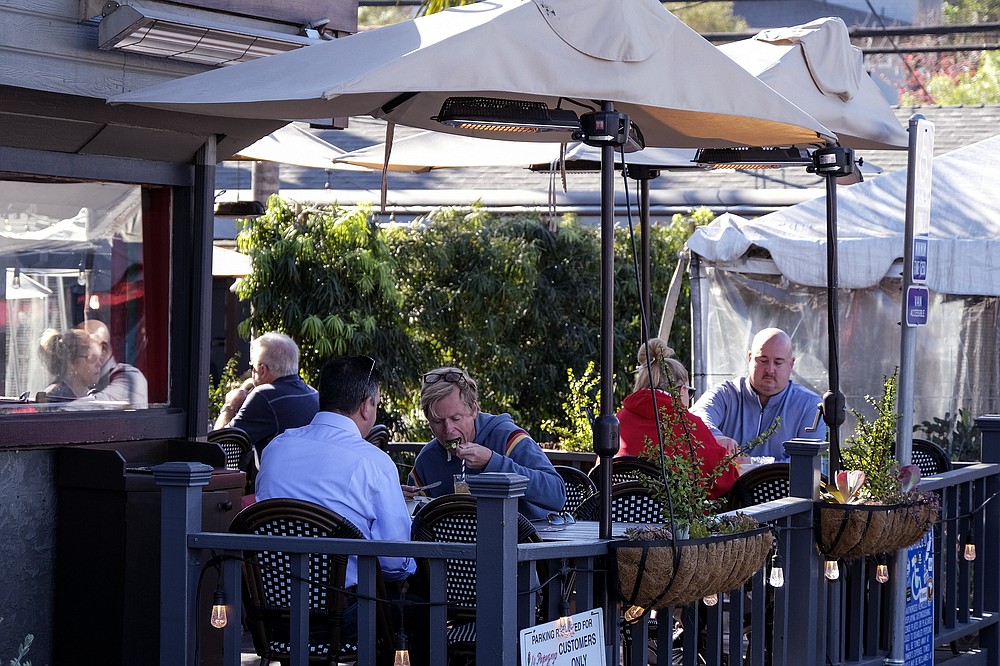 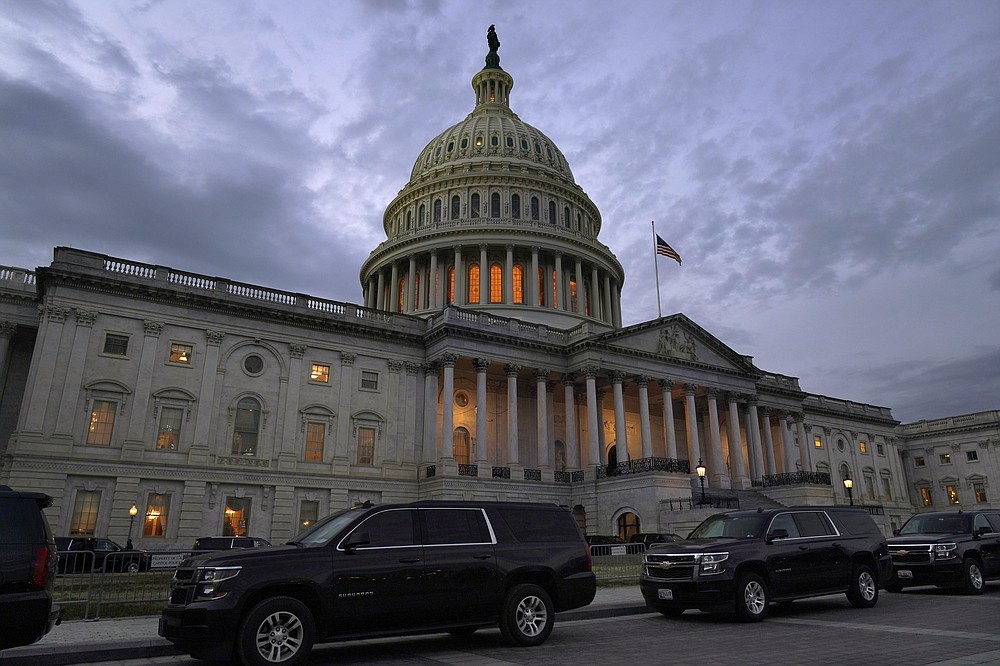 Dusk falls over the Capitol, Monday, Dec. 21, 2020, in Washington. Congressional leaders have hashed out a massive, year-end catchall bill that combines $900 billion in COVID-19 aid with a $1.4 trillion spending bill and reams of other unfinished legislation on taxes, energy, education and health care. (AP Photo/Jacquelyn Martin) 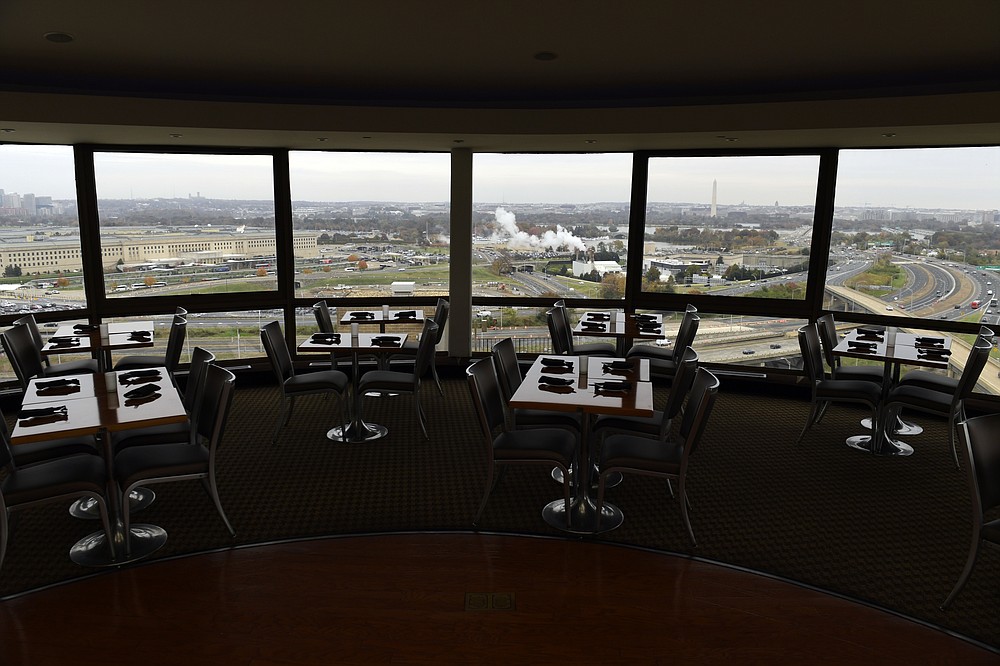 FILE – This Nov. 9, 2018, file photo shows a view of Washington from a revolving restaurant in Crystal City, Va. Stuffed into the new emergency relief package is a morsel that President Donald Trump has long had on the buffet of his economic wish list: restoring full tax breaks for restaurant business meals. (AP Photo/Susan Walsh, File) 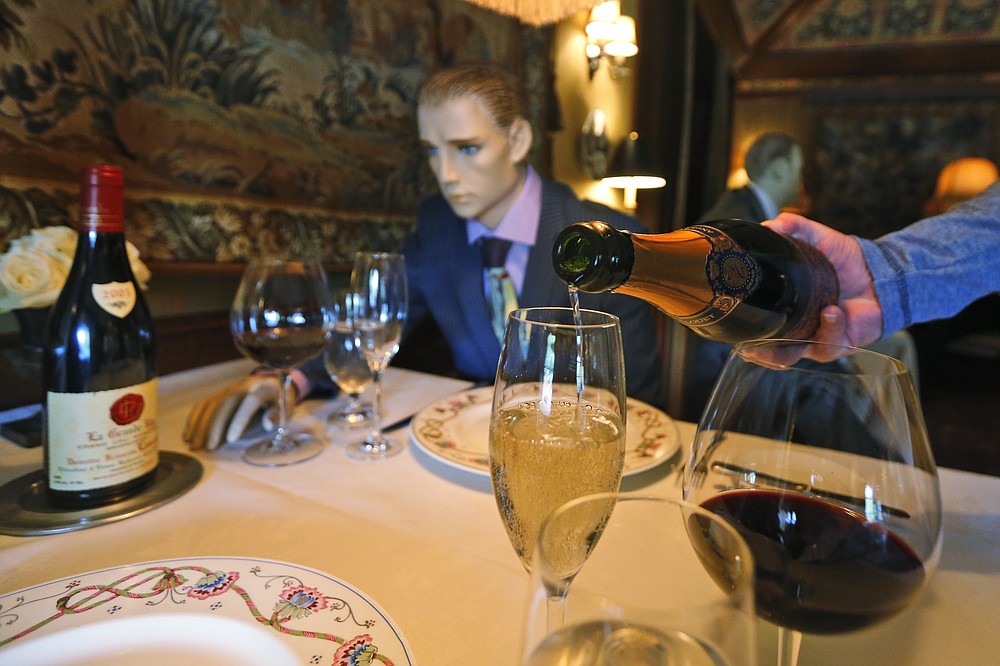 FILE – In this May 14, 2020, file photo Champagne is poured at a table where mannequins will provide social distancing at the Inn at Little Washington as they prepare to reopen their restaurant in Washington, Va. Stuffed into the new emergency relief package is a morsel that President Donald Trump has long had on the buffet of his economic wish list: restoring full tax breaks for restaurant business meals. (AP Photo/Steve Helber, File) 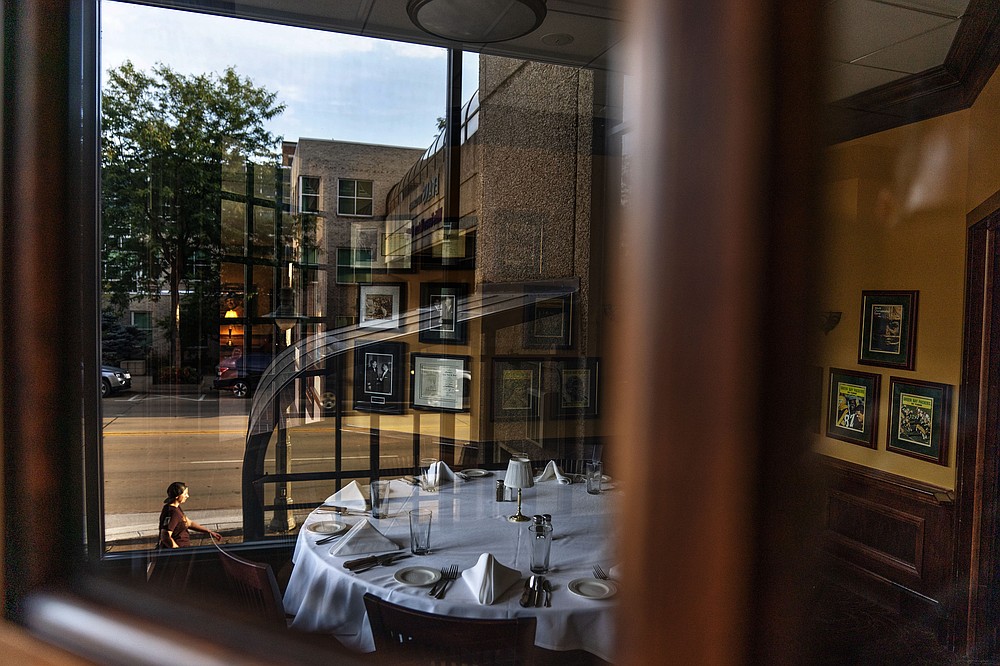 FILE – In this Aug. 20, 2020, file photo, a set table sits empty inside the closed Vince Lombardi’s Steakhouse in Appleton, Wis. Stuffed into the new emergency relief package is a morsel that President Donald Trump has long had on the buffet of his economic wish list: restoring full tax breaks for restaurant business meals. (AP Photo/David Goldman, File)