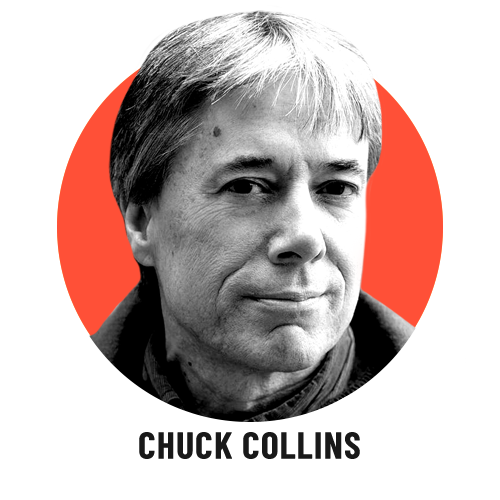 As we get closer to finally escaping the pandemic and look to revitalize our middle class, it’s only fair to ask America’s multimillionaires and billionaires to help pick up the tab. But we also need to address the underlying inequality that has let this group’s wealth skyrocket while the rest of the country suffers.
Senator Bernie Sanders has introduced a new estate tax reform bill, the For the 99.5% Act, to do just that. The bill would raise billions to rebuild our country — while also saving our democracy from plutocratic overreach and shutting down a destructive hidden wealth system that benefits the super-rich.
Sanders would lower the wealth exemption threshold to $3.5 million for an individual and $7 million for a couple. Even with that lower threshold, 99.5% of Americans would be exempt from the tax. He would also increase protections for family farmers.
Sanders’ bill also introduces graduated rates on large fortunes, with billionaires paying a 65% rate compared to a 45% rate on an $8 million estate, for instance.
The original 1916 estate tax was introduced to raise revenue from those with the greatest capacity to pay. But it was also designed to discourage the intergenerational transfer of dynastic fortunes. Advocates ranging from rural populists to plutocrats like Andrew Carnegie and President Theodore Roosevelt understood that the great fortunes of the first Gilded Age were a threat to a self-governing democracy. Roosevelt advocated for a “graduated inheritance tax on big fortunes, properly safeguarded against evasion and increasing rapidly in amount with the size of the estate.”
But over the last two decades, the estate tax has become weakened and porous, thanks to billionaire dynastic families that spent millions on lobbying. The current estate tax is missing the meaningful “graduated” rates that Roosevelt called for — today, the millionaire with $30 million will pay the same estate tax rate as a billionaire with $30 billion. And Trump’s 2017 tax reform raised the wealth exemption from $11 million for a couple to $22 million.
At the same time, certain players in the wealth defense industry — the tax lawyers, accountants and wealth managers whom billionaires pay millions to hide trillions — have been helping their wealthy clients with dynasty trusts, tax loopholes, shell companies and offshore tax havens.
A reformed estate tax would generate hundreds of billions in additional revenue, which could go toward public health and infrastructure, job-boosting investments that expand the middle class. But equally important, it would end tax breaks for dynasty trusts and other loopholes the rich have deployed to hide their money.
The end result: The extremely wealthy would pay their fair share after years of avoiding it. The bill would raise $430 billion over the next decade, according to estimates from the Joint Committee on Taxation.
The Sanders estate tax on multimillionaires and billionaires is the fairest way to reduce extreme wealth inequality, protect democracy from oligarchic wealth and make investments that revitalize the US middle class.